Showing posts from June, 2008
Show all

June 27, 2008
after posting that audio clip (previous entry) i remembered that there's another audio clip that i've been meaning to put on my blog. some back story is in order, but it's a bit funnier and confusing if you hear the clip first... [back story] it was in 1999, i was in the army and stationed in fort sill oklahoma.i was dating a girl that was also in the army, and in the same unit (office) as me. i was really smitten for her. after about 6 months of dating she went completely out of her mind. entirely unprovoked, she would do such sweet things to me, like: punching me in the face, attacking me with hard/heavy/sharp objects, biting me hard enough to draw blood, and once she even punched me in the balls & spit in my face... WHILE I WAS DRIVING! and she would often threaten to kill herself, mainly if i tried to break up with her. i had to wait until the army sent her to korea to finally be freed from her evil grasp. i actually waited until she was IN korea to break u
18 comments
Read more

June 27, 2008
UPDATE: it looks like this is all over the internet today... i thought i had some privileged information... :( From a friend of a friend: "Okay guys here is the info on this voicemail. One of my friend's from work and her friend were out one night in the SF Marina district and were hanging outside of the bars trying to find a cab. One of the girl's, Olga ends up meeting this guy Dmitri and they talk for at the most 2 minutes. She hands him her business card and says call me. Well attached is the actual voicemail that this guy left her. Wait till you hear it you will be laughing so hard you'll fall out of your chair."
1 comment
Read more 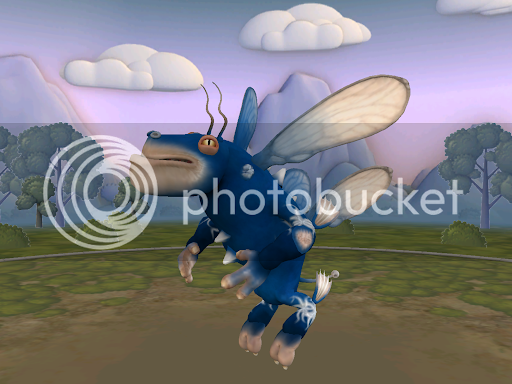 for some reason or another i've been boreder than usual at work, and there's only so many things to look up on the internet... so i installed the spore creature creator here at work and have probably spent about 5 hours on it yesterday and today... it's pretty amazing how many different things you can make... i think this dude is my favorite so far... can't. stop. making. creatures...
2 comments
Read more

June 18, 2008
i had another dream last nite involving earthquakes & flooding in san francisco... this has to be about the eighth one i've had. here's what happened this time: alice and i had just arrived at some bar/comedy-club and i set my man-bag down on a bench off to the side while we waited to be seated. i was pacing around the venue checking out the wall stuffs (i remember the interior being almost entirely red) when i felt a bit wobbly and stopped walking to see whether it was me or the ground under me that was unstable. i realized it was an earthquake and luckily i was right next to the door. i looked over and saw alice standing there looking really panicked so i called out to her, then ran over and grabbed her by the arm and fled out into the parking lot where we latched onto a fence-post. the ground was swaying for a while, it wasn't violently shaking, it seemed more like a gentle rolling. i looked over and saw the venue that we just left crumble and slide down the slope
4 comments
Read more
More posts