January 12, 2011
i had a few dreams last night that seemed to revolve around the theme of "fear of loss". but the one that really stood out involved my brother, lou.
apparently we were sharing an apartment somewhere. i came home from work and he was asleep, half hanging off of a mattress that was plopped on the floor in a corner of the room, surrounded by junk. i happened to look over at my tv, but it wasn't my current 40" hdtv, it was some radio-shack special 10" black & white tv. i flew into a rage because i knew that lou had probably sold the tv in order to buy a ham sandwich and figured that i wouldn't notice the different tv that he had placed in it's stead. i jumped on his back demanding to know what he did with it, but he just responded with "i don't know what you're talking about", in his typical "lou voice". my punches didn't seem to stir the beast...   so i grabbed some nearby phone-cord and wrapped it around his neck, demanding answers! i rode him like a bucking bronco for a minute or two, trying to find out who he had sold it to, hoping that i could still somehow recover it. i didn't get any information out of him, possibly because he couldn't breathe? that's about all that i can remember.

it was more about the betrayal and theft that outraged me, more than losing my beloved tv.
(no offense lou) 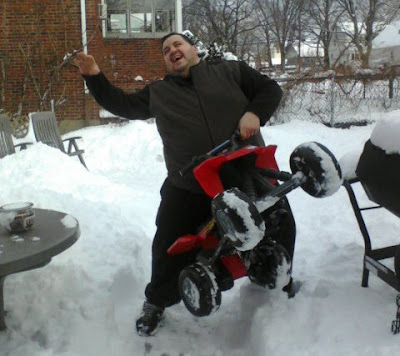